Saturday, April 2nd, Day 4 of OBX History Weekend 2022 is the 3rd and final day of the Searchers of New Horizons Symposium.

The Symposium location on Saturday is in the Gazebo Theatre at Fort Raleigh.

Aviators – Those Magnificent Men & Women and their Flying Machines

Presentations are public-oriented and focus on popular names in aviation history.

Presentations on aviators by authorities in their field include:

Presentations by authorities in their field include: The symposium will introduce or re-introduce some of the modern aviators who have followed a similar quest in the modern world of aviation.

Reserve Your Spot For OBX History Weekend 2022 Below

Use the form below to claim your spot at OBX History Weekend: Searchers of New Horizons Symposium. 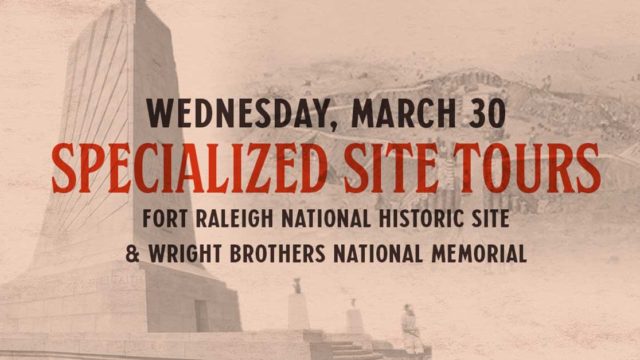